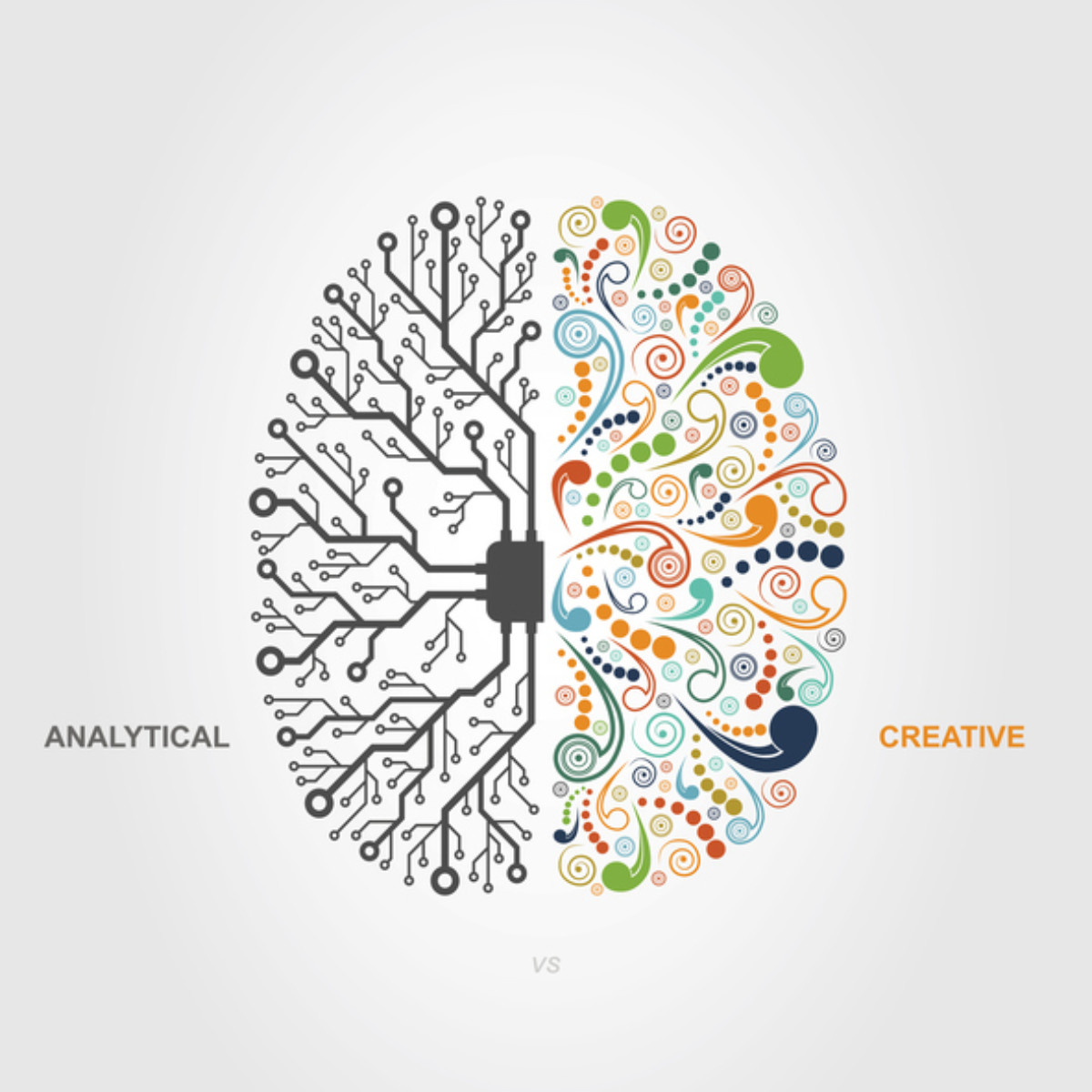 Too often, creativity and analytics seem to polarize in marketing. There is an ongoing clash between the two, stemming from the belief that proper use of analytics restricts creativity. Organizations can be prevented from allowing their creativity and analytics to flourish because of this assumption. This discord happens because of the belief that people are right-brained or left-brained. It leads to little interaction between creators and analysts because it is believed they will not understand one another. Analysts give their data to creators and expect them to grasp the goal and execute. However, this is not effective. To push boundaries and create new and innovative work, creators and analysts cannot just inform one another—they need to collaborate.

There are two sides of the brain, each controlling different functions. Those who are thought to be left-brained are logical and analytical. They like numbers, statistics and strategy – these are our analysts. Those who are right-brained are thought to be creative and emotional. They like expressions, art, and intuition – these are our creators. Analysts and creators do not work together in the creative process because it is assumed they think differently. But just because they think dissimilar, doesn’t mean they can’t work together. If anything, it means they should work together. When their two different approaches, understandings and viewpoints are combined, the most powerful content is created.

Typically, the process is cyclical – creators receive a recommendation, they create content and the content is sent out. Analysts receive and interpret data, and then give their recommendation to creators. This perpetual process does work but it is strenuous and slow. However, with constant collaboration, there is a blend between data and creativity. Instead of content being blindly created based on data, it’s being created based on understanding. Analysts understand the target audience and know what people want to see. If analysts and creatives are working together as one, they will produce work that will be more relevant to consumers.

Data drives creativity and creativity drives data. You cannot have one without the other. So why would analysts and creators work separately? When the two collaborate throughout the creative process, there is a balance between data and creativity. If only data was used, there would only be surface-level, customary content. If only creativity was used, content would never be cohesive. Using them together is optimal, because the data is being used to create effective content. Therefore, the process is no longer cyclical, but continuous – paving the way towards growth. Innovative marketing requires collaboration and a combination of creativity and analytics to ensure genuine growth, steps forward and ultimately, success.