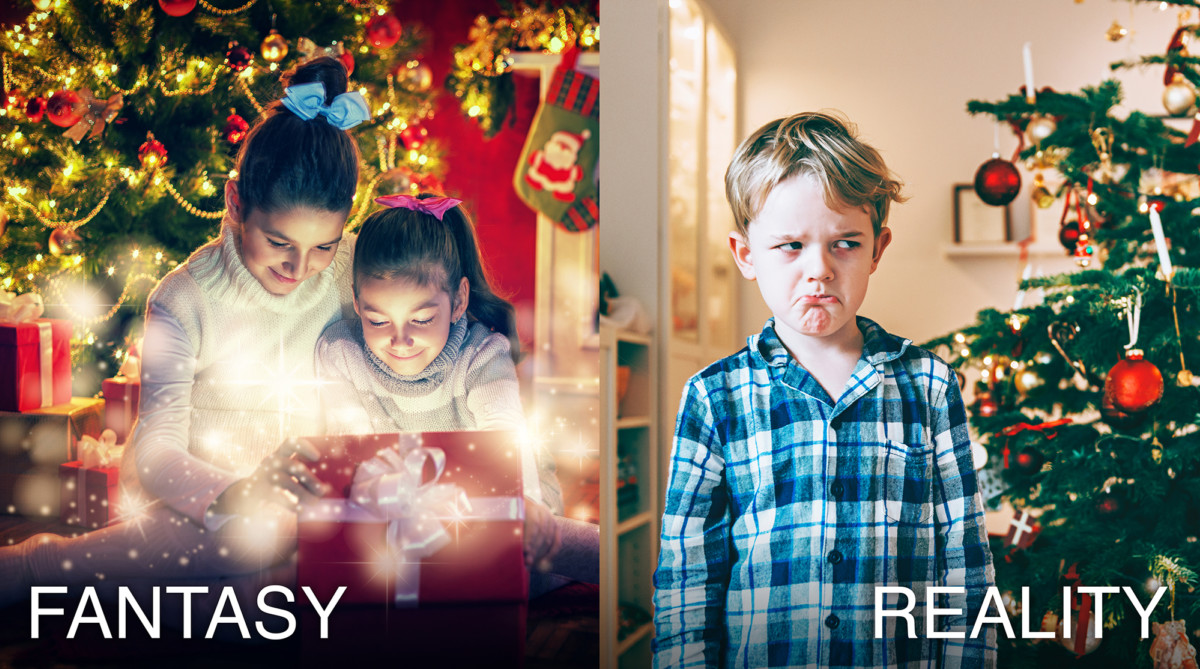 Here we go again. Another season of commercials that all start with…”This holiday season…”

Keep count. Make it a drinking game. Take a shot after each TV and radio spot that begins with…”This holiday season…” You’ll need an Uber to get home.

And of course there’ll be plenty of Santas chomping on chocolate chips, sipping on fat-free, grass-fed almond milk because little Kai has been showing early signs of lactose-intolerance. You’ll see at least 10,000 cars wrapped in red bows. And lots of commercial actors and actresses, fresh from a teeth-whitening, wearing comfy woolen sweaters that absolutely no real person has taken from their closet since their grandma passed.

Can’t anybody have a little originality “this holiday season?”

How about a little reality? How about we take the wrapping paper off of the truth and show the world why Uncle Rudolph always has a red nose. Seeing ourselves in advertising usually rings a relevant sleigh bell or two.

Where’s the parent who can’t open the dang plastic covering of the toy car without needing eight stitches?

Where’s the dad who has to run to the gas station convenience store to get batteries for Chloe’s new talky doll because the poor schmuck forgot to get them and it’s the only store that’s open.

Where’s the kid who destroyed his toy drone one second after opening it?

Where’s the handy-dandy smokeless griddle you got her because she told you she didn’t want a bracelet.

"Where are the gift receipts, for crying out loud, all the shirts you got me are two sizes too small.”

Let’s face it, the holiday season is one big beautiful holly-jolly ball of stress that we kinda sorta love but kinda sorta can’t wait to be over. And a big pile of antiseptic, blonde, blue-eyed advertisements under the tree just makes us feel worse, like we’re not really cutting it.

And since the Christmas holiday season now begins in June, let’s strive to do better and bring out some originality, some reality, and okay, some aspirational but non-clichéd commercials that perhaps show a dad who could give a crap about a bow around his new Beemer.

This holiday season…or at least the next one…let’s think outside the box we paid $5.00 to have wrapped.